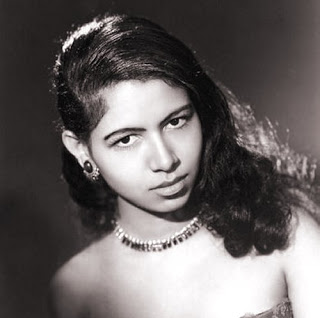 American concert pianist and writer, interracial daughter of author George Schuyler. Phillippa Schuyler was the only child of the most celebrated interracial marriage of the Harlem Renaissance – between African American author and journalist George Schuyler and white Texan artist and journalist Josephine Cogdell. As a consequence of Cogdell’s family farming background, she and Schuyler applied to their daughter the agricultural theory that crossing different genetic strains produced superior offspring known as “hybrid vigor.” The Schuylers were firmly convinced that racial disharmony in the United States could be rectified through creating interracial children, investing all of their hopes for this in their daughter. As if to materialize her parents’ unusual expectations, Phillippa Schuyler was in fact a child prodigy whose extraordinary talents were developed by tutors in isolation from her peers. With an IQ of 185, she could read and write at the age of two-and-a-half, and began playing the piano at the age of three. At four, Schuyler was composing, and she performed at the age of five on the radio. By 11, she was touring, with over 100 piano compositions to her credit by the age of 13. She scored “Manhattan Nocturne” for 100 instruments and performed it with the New York Philharmonic in 1944. At the New York World’s Fair, New York Mayor Fiorello LaGuardia declared June 19, 1940 “Phillippa Duke Schuyler Day.”
Despite her abilities, Schuyler’s parents shunned the word prodigy and attributed her talent to “hybrid genetics, proper nutrition, and intensive education.” Her diet consisted exclusively of raw foods as a result of her mother’s steadfast belief that cooking destroyed vitamin content. Raised on wheat germ, unpasteurized milk, cod liver oil, mother’s milk, fruit and daily doses of Vitamin C, Schuyler also avoided alcohol, tobacco and sugar – all forbidden in the Schuyler home – for her entire life.
While the country was awed by her genius, Phillippa Schuyler’s visibility and fame were significantly heightened by her father’s media connections as well as his own regular coverage of her exemplary progress in the Pittsburgh Courier. Moreover, her mother’s multiple roles as impresario, relentless business manager, confidante, and best friend guided Schuyler well into adulthood.
For the better part of Schuyler’s youth, George Schuyler was away on national and international assignments. A great admirer of her father, she inherited his conservative beliefs in educational advancement, self-help and introspection. But, despite her proximity to the black intelligentsia, “her precocity was fed on notions and conceits of the white milieu; and her passion for classical music would essentially reflect the same bias.”
As a young adult, when white America lost interest in her, Schuyler encountered the race prejudice from which she had previously been shielded as a child curiosity and the daughter of well-to-do parents. Forced to play piano concerts overseas, she traveled to over 80 countries, giving command performances for Ethiopia’s Emperor Haile Selassie, Queen Elizabeth of Belgium and many other international leaders. In spite of her worldwide fame, she was never invited to perform in the United States for comparable leaders.
Spending more than half of the last ten years of her life abroad, Schuyler sought an alternative home where she could find comfort and acceptance: “I had 30 miserable years in the U.S.A. because of having the taint of being a ‘strange curiosity’ applied to me.”
In the late 1950s, Schuyler traveled with a visa from Rome and performed to white audiences in apartheid-era South Africa. Shortly after, she briefly toured in Europe as Felipa Monterro, a gifted musician and writer who was no longer identifiable as the daughter of a Negro journalist. Between 1960 and 1969, she published five books about her life and travels, including one in collaboration with her mother.
In 1963, along with Leontyne Price and Lena Horne, Schuyler was honored at the Delta Sigma Theta “We Salute Women of Achievement” awards.
Just before her death, Schuyler had begun a career as a news correspondent, publishing articles in several languages including French and German. She died at the age of 35 in a helicopter crash during the Vietnam War while attempting to rescue Catholic schoolchildren from a war zone in Hue to the shelter of a school in Da Nang.